As I mentioned in my Monster Adventurer Max post a week or so ago is that two of my favorite things are music and technology. When those two things come together, it's like red beans a rice, salt and pepper, peanut butter and jelly, etc. So, when I got the opportunity to review that speaker, I jumped on it.

Here, a week later, I had the opportunity to review another one, this time from a company I hadn't ever heard of before. For some, this might not be a positive, but for me, it's excellent because I like being pleasantly surprised when I discover something. Along came Bugani.

I was sent a sample of the M83 portable bluetooth speaker by Bugani for me to take a listen to. Hot on the heels of the review of the Monster, I had a huge bias coming into the review, to be honest. This speaker really didn't disappoint. 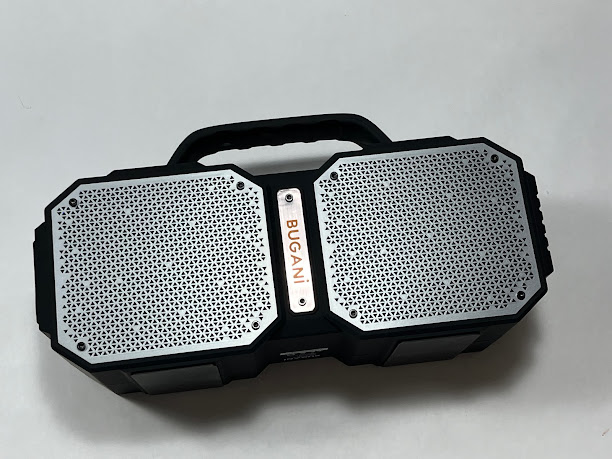 It has more of an industrial, or retro sci-fi look about it, and that's not a bad thing. I love retro sci-fi. It has a nice smooth finish that's a bit hard to describe. It's soft and smooth, yet yielding, like a hard foam rubber. It's waterproof, so that makes sense. It's light. The Amazon website says that it weighs just over 7lbs, which I would argue. I think that weight is likely the product and the box, which I am comparing to the Monster, which is quite heavy.

The specs say that this unit can give you a 40 hour playback time at 50% volume. That's hard to believe, although I havent' tested that part yet. As light as it is, it can't have a huge battery bank inside. It also says that it's 50 watts, which I would think would kill a small battery pack much faster than that. Further testing is required.
One of the main things I don't like about it are the locations of the controls. They're on the side of the unit, making them hard to get to without picking the unit up. If you're sitting on the beach, the last thing you want to do is have to pick up your radio to turn the volume up or down. It would have made more sense to me to put them on the top, which is where most of the other speakers I've looked at locate theirs. A minor thing I don't like about it is the overall volume level. I wish it were louder. Realistically, though, since my tests were done indoors and were just basic initial impression tests, I can't say if it really isn't loud enough yet. I'll do some further tests and see how I feel afterward. 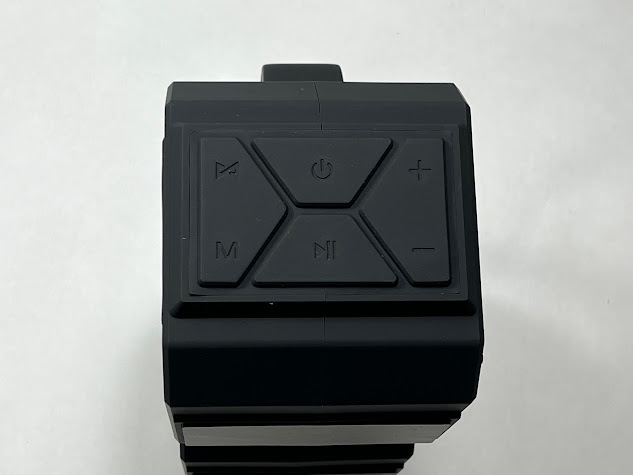 The things I like about it are the overall look, the weight, the texture, and the fact that it uses microUSB instead of USB-C. I didn't have a USB-C charger to charge my other speaker, so this was nice to see. I also like that it has a microSD card slot so that you don't have to use the bluetooth connection at all when out at the beach, camping, etc. You don't have to worry about pairing your phone to it, making it a standalone player. 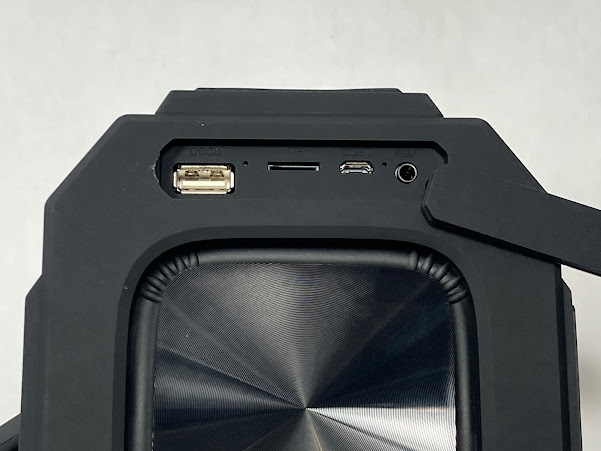 The things I like best about this unit are the cost, $60 on Amazon, and the sound quality. For the price, this thing sounds superb. It's not super loud, but even at 100% volume, it's crystal clear with no distortion. The bass response is actually quite good for a portable speaker this small. If I were in the market for a decently-priced waterproof portable speaker, I would definitely give this a look. Like I said, when I find a company that I've never heard of and learn that they make a really high quality product for a good price, it totally makes my day!

Get one yourself here at Amazon.com:

Posted by Kojak Durham at 8:52 PM No comments: